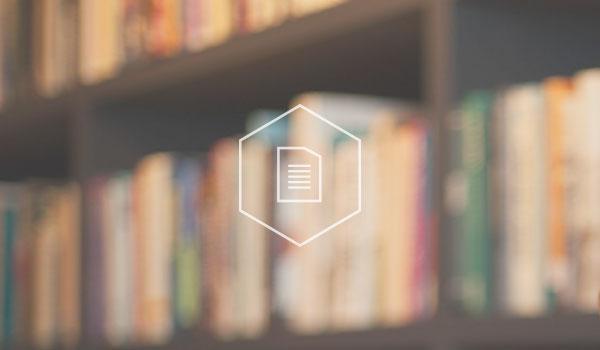 Washington, DC – CASJE (Collaborative for Applied Studies in Jewish Education) today announced that Benjamin M. Jacobs, PhD, will serve as Co-Chair of its Advisory Board.

Jacobs is Associate Research Professor of Experiential Jewish Education and Israel Education at George Washington University and has been a member of the Advisory Board since 2016. CASJE’s mission is to improve the quality of evidence-based knowledge that guides Jewish education practice and policy.

Its work is steered by an Advisory Board that brings together scholars and leaders in Jewish and general education to steward research projects from inception to fruition, and ultimately toward engagement with the field.

“Ben’s close work with educators, and his deep understanding of how research and practice can and should intersect, give him special insights into the goals, values, and possibilities for CASJE,” says Dr. Michael Feuer, Dean of the Graduate School of Education and Human Development and Professor of Education Policy at George Washington University.

CASJE’s current areas of inquiry include a large-scale program of research poised to advance understanding of the recruitment, preparation and retention of Jewish educators, as well as improve capacity in the field to develop interventions attuned to educator needs, experiences and career paths. Other CASJE projects are exploring Jewish engagement for families raising young children, race and privilege in Jewish day schools, and research ethics and integrity in Jewish communal settings.

Ben Jacobs has spent most of his professional career preparing social studies teachers and Jewish educators for school and non-school settings, and consulting with various Jewish education agencies on curriculum and teaching.

His publications, which have appeared in journals such as Teachers College Record, Theory and Research in Social Education, and Journal of Jewish Education, as well as collections such as the International Handbook of Jewish Education, the Encyclopedia of Curriculum Studies, and the Cambridge Dictionary of Judaism and Jewish Culture, include several studies of the history and theory of social education, Jewish education, and teacher education on the American scene. Along with colleagues Barry Chazan (educational philosopher) and Robert Chazan (Jewish historian), he published a book, Cultures and Contexts of Jewish Education (Palgrave-Macmillan, 2017), which addresses the historical and contemporary centrality of education in Jewish life, as well as its future prospects. His current projects with organizations including Taglit-Birthright Israel, The iCenter for Israel Education, and M2: The Institute for Experiential Jewish Education, aim toward the reconceptualization of Jewish education in the 21st century.

Jacobs earned his Ph.D. from Teachers College, Columbia University, as a Wexner Graduate Fellow. He previously served on the faculty at the University of Minnesota and at New York University, where he was co-founder and assistant director of the graduate programs in Education and Jewish Studies.

Prior to pursuing his doctorate, Jacobs taught history at the Charles E. Smith Jewish Day School outside Washington, D.C. He is a past chair of the Teaching History SIG of the American Educational Research Association, and of the Network for Research in Jewish Education.

Henry Braun is the Boisi Professor Education and Public Policy in the Lynch School of Education & Human Development at Boston College. He holds a Ph.D. in mathematical statistics from Stanford University. After serving as an assistant professor of statistics at Princeton University, he joined the Educational Testing Service in 1979, where he served as vice-president for research management from 1990 to 1999. He held the title of distinguished presidential appointee from 1999 until his retirement in 2006 when he moved to Boston College. A fellow of the American Statistical Association and of the AERA, he is an elected member of the National Academy of Education. His interests include the analysis of large-scale assessment survey data and social policies related to educational opportunity, school and teacher accountability, higher education outcomes, and the role of testing in education policy. He serves on a number of technical advisory committees both in the US and abroad, including the Jewish Agency.

Adam Weisberg is the Executive Director of Urban Adamah. He has worked in a variety of roles in the Jewish Community in New York, Israel and Bulgaria, including as director of the Diller Teen Initiatives, Executive Director of Camp Tawonga and Executive Director of Berkeley Hillel. Adam has also coached and mentored fellow professionals through Hillel, Repair the World, the iCenter, BBYO, and the Charles and Lynn Schusterman Philanthropic Network.

Dr. Tali Zelkowicz is a sociologist of Jewish education and the Director of Curriculum and Research at the Wexner Foundation. Most recently she served as Head of School at Columbus Jewish Day School, following a decade of research, writing and teaching graduate students in rabbinical, education and non-profit management degree programs at HUC in Los Angeles. Dr. Zelkowicz received rabbinical ordination from Hebrew Union College in Los Angeles and an MA in Jewish Education from the Rhea Hirsch School. She earned her doctorate at New York University’s Steinhardt School of Culture, Education, and Human Development, as a Wexner Graduate Fellow. Dr. Zelkowicz received a Young Scholar’s Award from the Network for Research in Jewish Education and was granted a Writing Dissertation Fellowship from the National Foundation for Jewish Culture. Her articles and chapters on identity formation appear in a variety of journals, magazines and anthologies.